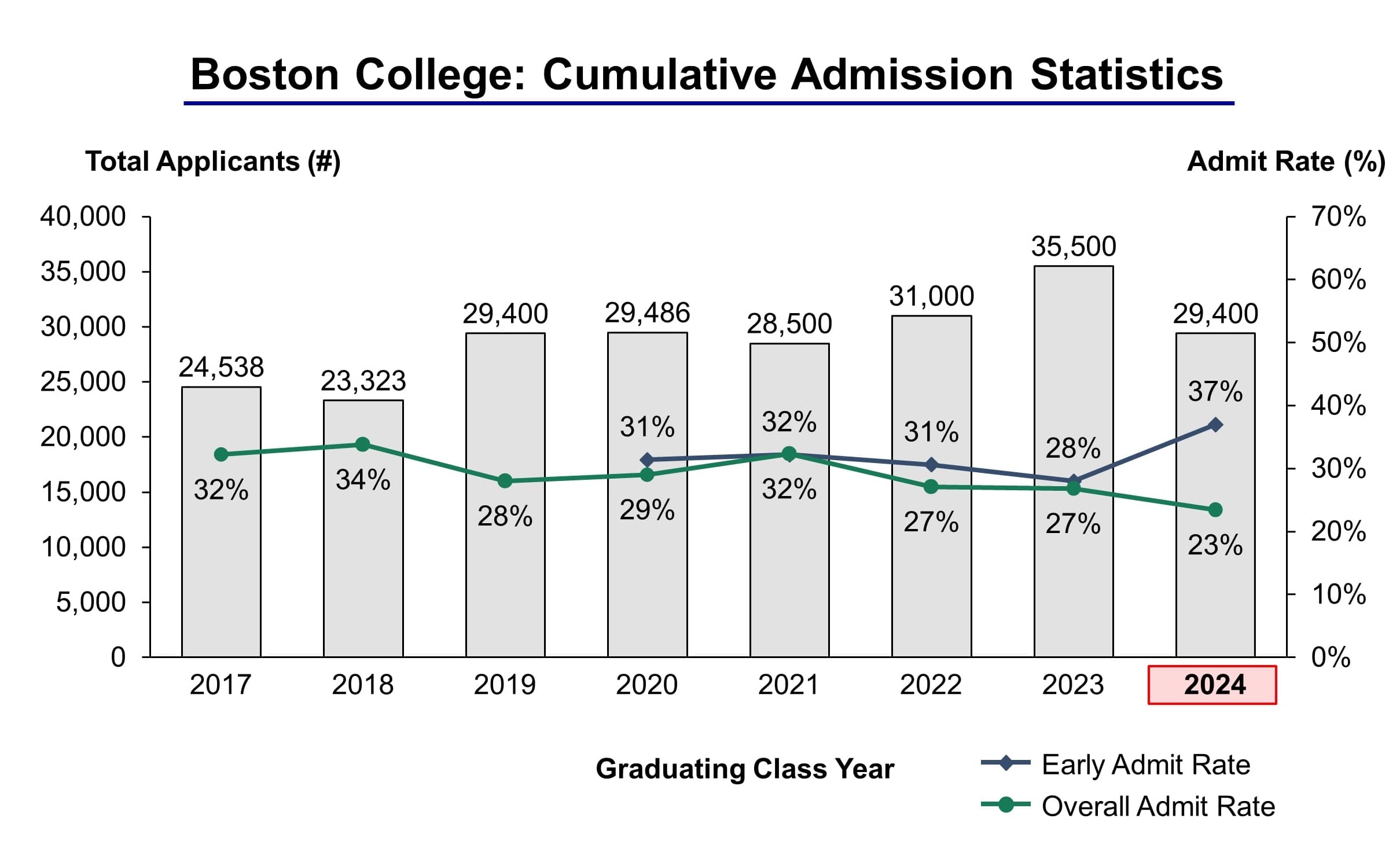 Founded in 1863, Boston College has maintained its Roman Catholic Jesuit religious roots and has become one of America’s leading private research universities. Boston College is now ranked thirty-first among national universities by U.S. News & World Report. Over recent years the university’s students have received a number of prestigious academic scholarships including Rhodes Scholarships, Marshalls, Goldwaters and Fulbright grants and more.

Boston College is well known for its extremely competitive Presidential Scholar scholarship program which is awarded to only fifteen people, equal to less than a one percent acceptance rate. Some of the university’s most popular majors include Economics, Finance, Communication, Biology, Political Science, Psychology, English, Nursing, Applied Psychology & Human Development, and Accounting. Boston College is also known as a university with high research activity. It has highly ranked graduate programs including the Lynch School of Education, Boston College Law School and the Carroll School of Management.

An example of notable alumni in the areas of education, law and business include Peter Dervan, former Chairman, Division of Chemistry and Chemical Engineering at the California Institute of Technology; Brigida Benitez, President, Hispanic Bar Association and proposed alternative nominee for the United States Supreme Court; and Nikesh Arora, President, Global Sales Operations and Business Development at Google. In all, Boston College has more than 160,000 alumni worldwide, and maintains one of the largest alumni association among Catholic universities in the world.

Although Boston College has no fraternities or sororities on campus, the university has more than 200 clubs and organizations broken up into the following categories: Academic/Pre-Professional, Campus Ministry, Honor Societies, Intercultural, Music, Art and Performance, Political, Publications and Media, Service and Specific Issues. When it comes to sports, the Boston College Eagles boast one of the highest graduation rates for student-athletes in the country.