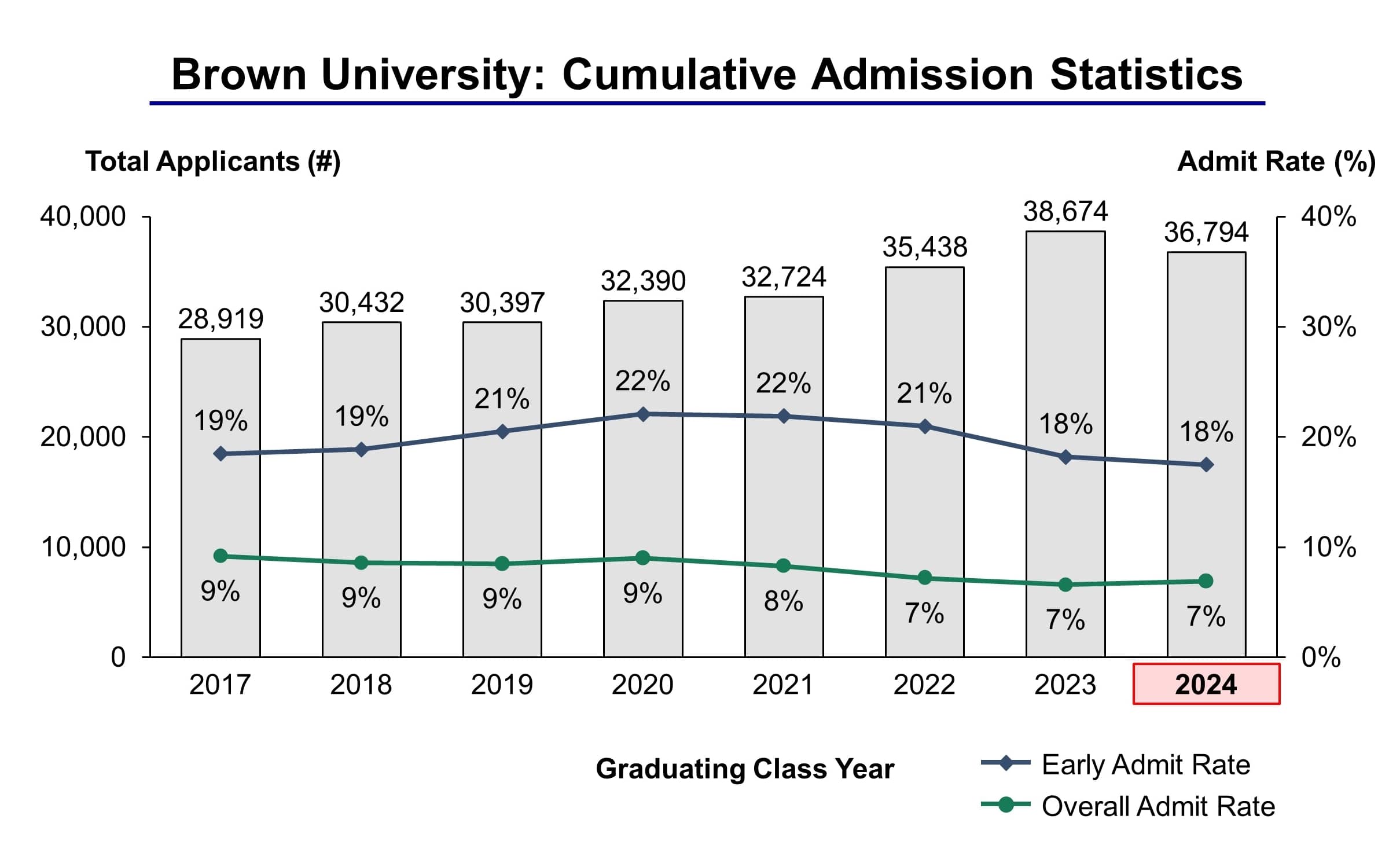 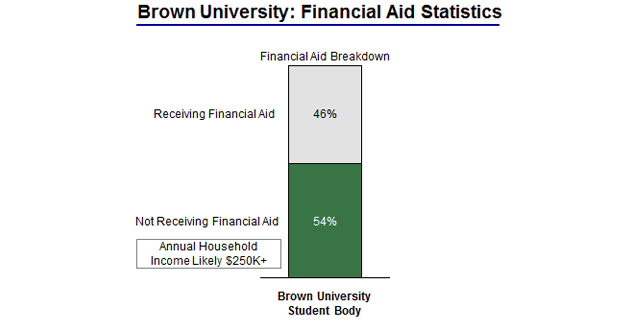 Brown University has one of the most generous student financial aid programs in the world.

Approximately 46% of current Brown University students are receiving some amount of financial aid. What this statistic also tells us is that approximately 54% of Brown students come from families likely in the top tax brackets, with families earning a minimum of $250,000 in annual household income. For the recently admitted Class of 2018, an even higher 67% of students applied for financial aid.

In the U.S. today, the percentage of households with this level of income or above is approximately 4%. Therefore, we can conclude that on the whole, students in Ivy League schools are ~25 times more likely to come from households with a minimum of $250,000 in annual household income compared with students in the U.S. population at large.

What this means is that although the Ivy League is becoming more and more accessible to lower income families, it is still ~50% comprised of students from the wealthiest households in the U.S. and abroad.

It is no surprise that students from these wealthy families end up in the Ivy League and other highly selective schools. These students are groomed from an early age and have access to tremendous resources including standardized test preparation courses, unique internship/research opportunities and access to college admission strategy consulting firms such as Ivy League Prep to give them the “edge” needed to gain admission to these highly selective schools and surpass the competition.