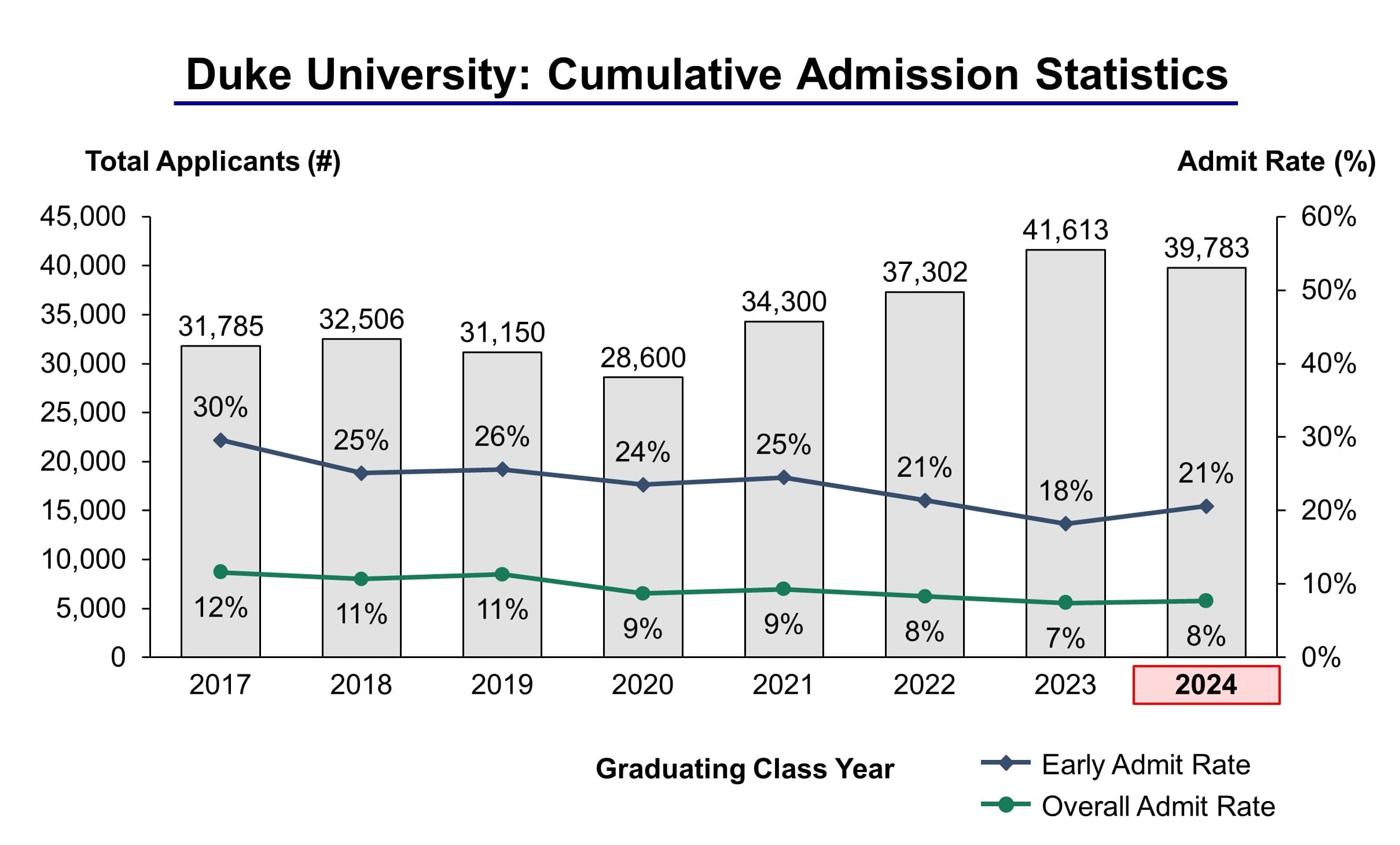 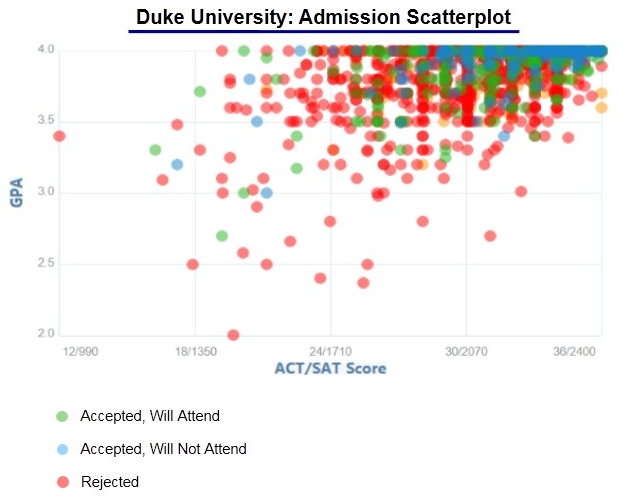 Duke University is a private research university that traces its roots back to 1838 when it was called Trinity College. It was in 1924 when James B. Duke created a philanthropic foundation under the family name entitled The Duke Endowment that Trinity College officially became Duke University. During that time, Duke University underwent major changes, both physically and academically. The original old campus became known as the East Campus and the university’s new Gothic-style architecture side became known as the West Campus. Duke’s original East Campus served as Duke’s College for women until 1972 when the campuses were integrated and made co-ed. The East Campus is now the home for all first-year students. Forbes recently ranked Duke University thirteenth in Research Universities and second in the South on its list of Top Colleges. Duke University’s mission is to “offer a unique and compelling combination of academic achievement, engagement with society, and athletic accomplishment at the highest.”

Some of Duke University’s most popular undergraduate programs are in the areas of science (biomedical engineering, biology, and psychology), economics and public policy. With regard to science, Duke University is also known to host the world’s largest protected population of endangered primates, including 200 lemurs at the university’s Lemur Center. With regard to academics, Duke Libraries rank among the nation’s top ten private research library systems.

Duke University has produced a great many notable alumni, and when speaking of some of today’s most recognizable and relevant to current public policy issues, the likes of Charlie Rose, Ron Paul and Jeffrey Zients should be mentioned. Also worth noting is Melissa Gates, Cofounder of the Bill & Melinda Gates Foundation and wife of Bill Gates. The foundation donates large sums of money to the school annually. Ironically, Timothy Cook CEO of Apple Inc. is also a notable Duke University Alumni.

Duke University competes in 26 NCAA Division I varsity sports and has numerable recent championships in both basketball and lacrosse. Duke University Press puts out about 120 new books every year, in addition to publishing more than thirty scholarly journals covering areas such as the humanities, social sciences, law, medicine, the sciences and mathematics. Duke University is also home to more than 400 recognized clubs, living groups, and other organizations.