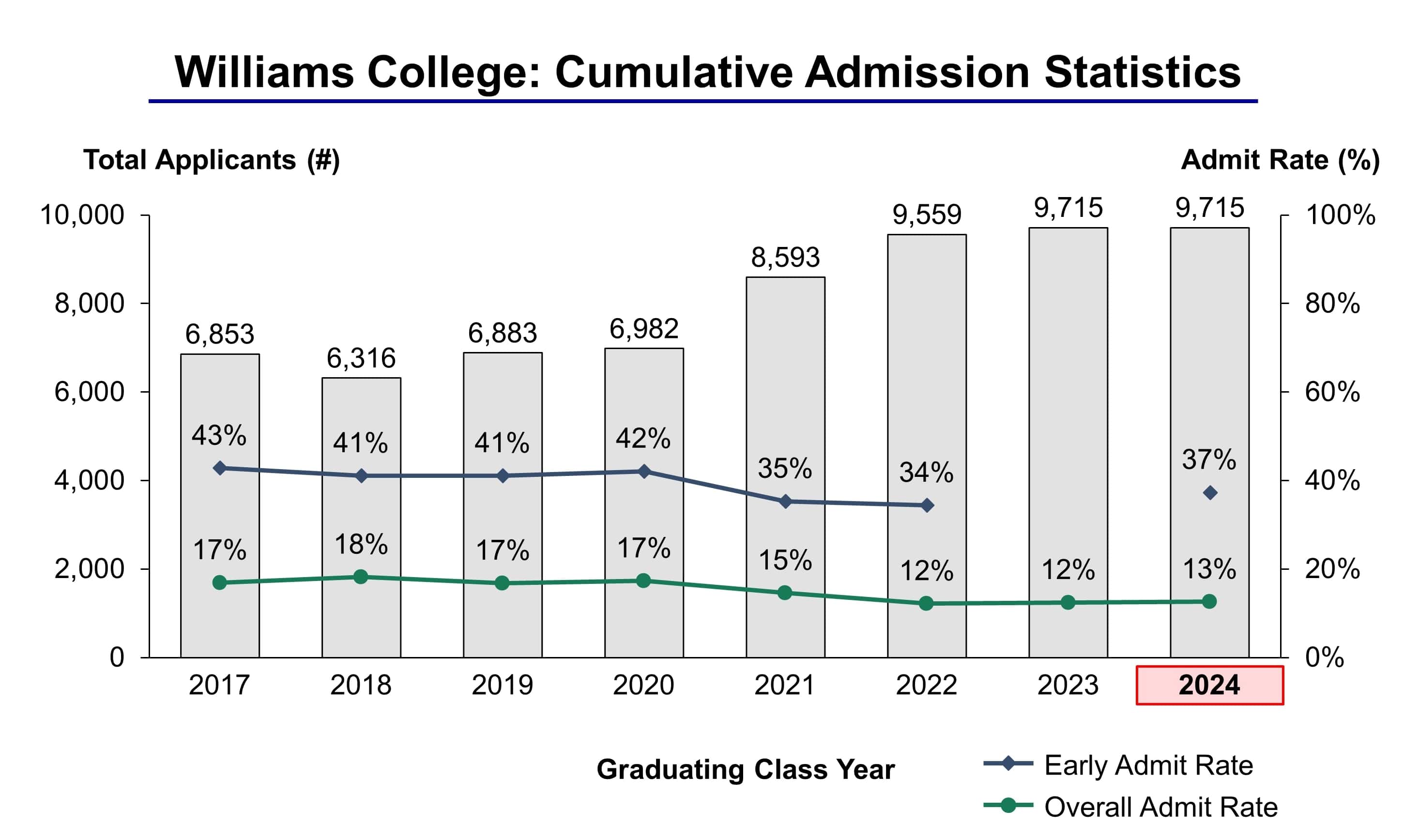 For the Class of 2024, 257 students were admitted through the early admissions process. Total early applications totaled 689, yielding an early acceptance rate of 37.3%. 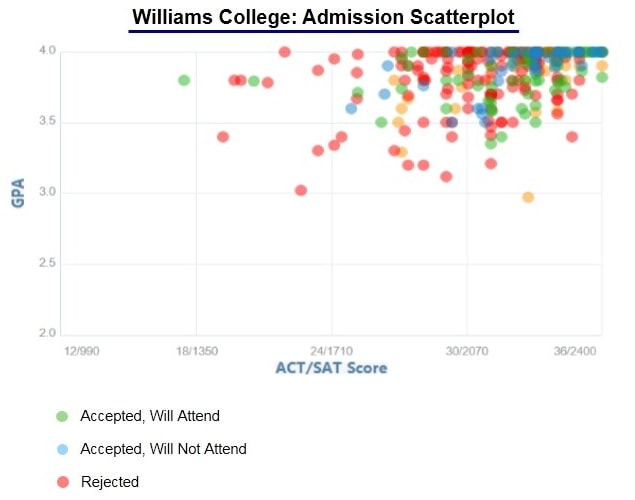 Williams College is located in Williamstown, Massachusetts and is situated between the foothills of the Berkshire Mountains and the fringes of urban settings. Established in 1793, Forbes ranks Williams College as the number one top college in America, first in private colleges, first in the Northeast and third in Grateful Grads, as of 2015. The elite school has thirty-six majors available with no required courses; the exception being that all students must complete three arts and humanities courses, three social sciences courses and three science and math courses.

Williams College is known to attract talented, highly motivated students and faculty. Williams College is also known to be first for many things, such as being the world’s first society of alumni, the first to wear caps and gowns for graduations, and the first to host an intercollegiate baseball game. More than 60% of Williams College graduates have gone on to earn at least one graduate or professional degree, with the most popular degrees being in the areas of management, education, law, and health care.

Some of Williams’ most notable alumni include: Kristin Forbes, Associate Professor of International Management at the MIT Sloan School of Management, and Member of the Council of Economic Advisers—confirmed by the United States Senate in 2003, she is the youngest person to ever hold this position; Morris Leopold Ernst, lawyer and co-founder of the American Civil Liberties Union, and Jonathan Fielding, M.D., Director of the Los Angeles County Department of Public Health.

The undergraduate enrollment at Williams College is approximately 2,000 students, with a student-faculty ratio of about 7:1. Williams College has three academic divisions (languages and the arts, social sciences, and science and mathematics) that encompass its twenty-five departments, thirty-six majors, and several concentrations and special programs. Williams College has Oxford-style tutorials that require heavy student participation.