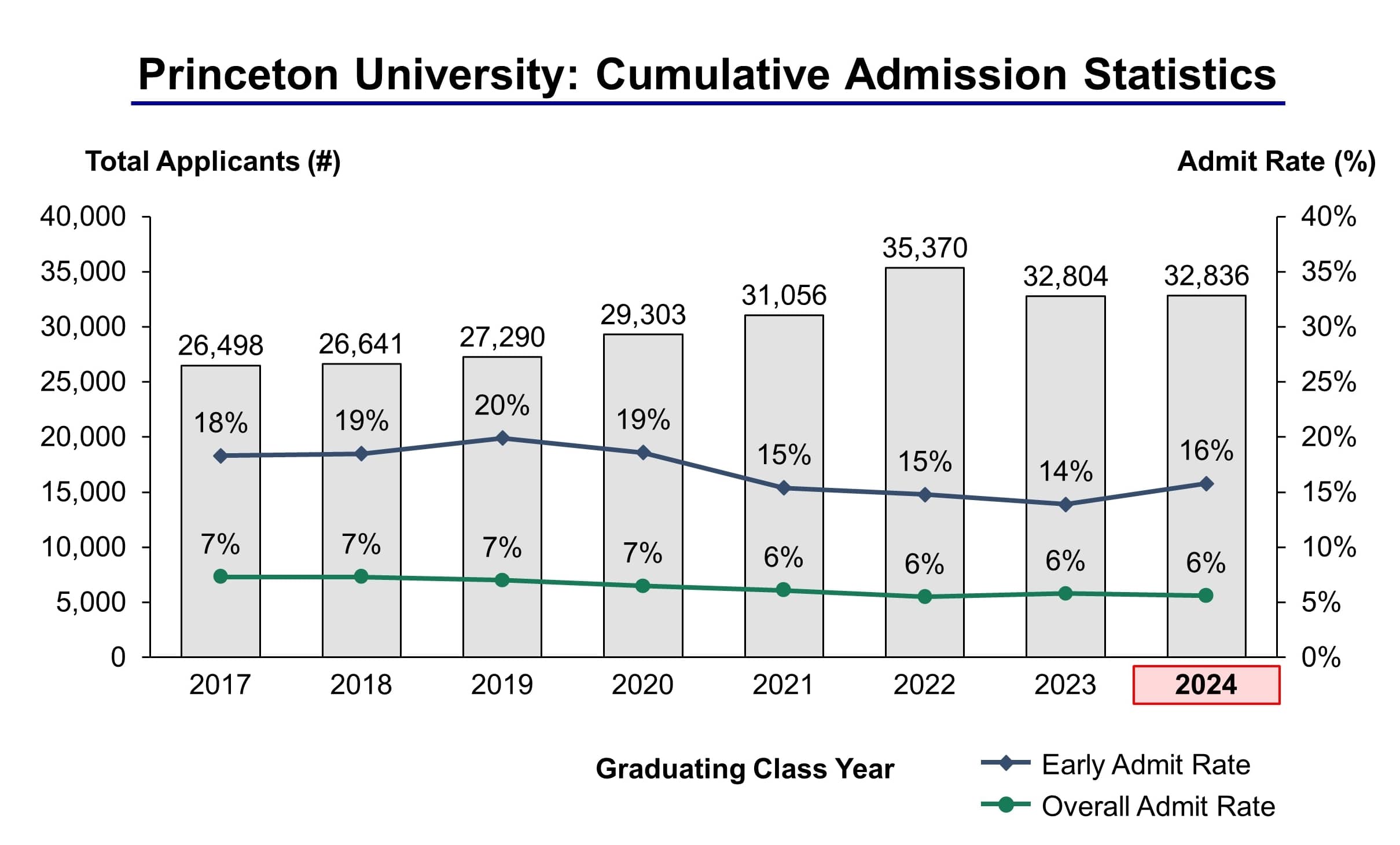 Chartered in 1746, Princeton University is located in central New Jersey, and is the fourth oldest college in the United States and one of the oldest in the world. Princeton has a diverse campus community that enables students to learn from one another as they pursue academics and can choose from a plethora of extracurricular activities available to them.

Princeton is known for its Institute for Advanced Study of Physics, made famous by the work of renowned scientist and Nobel Prize winning physicist Albert Einstein. Princeton also has a very strong English department and the creative writing program offers undergraduates the opportunity to learn from some of today’s most respected writers including Jeffrey Eugenides, Chang-rae Lee, Paul Muldoon and Joyce Carol Oates.

Princeton’s largest lecture hall seats 480 students, but most classes are broken up into smaller groups, with upper-level courses primarily offered in a seminar-style format, offering a high level of personalized attention.

Princeton has thirty-four departments and forty-seven interdepartmental certificate programs from which students may pursue either a Bachelor of Arts (B.A.) or Bachelor of Science in Engineering (BSE) degree. Princeton is considered to be a liberal arts university rather than a professional university, although it does offer many pre-professional courses to its students. Princeton differs from its fellow Ivy League peers as it does not have a law school or a business school.

When it comes to sports, the Princeton Tigers are an NCAA Division I, Ivy League school with 38 varsity teams.

One other unique aspect of Princeton are the eating clubs—private clubs resembling both college dining halls and social houses, where the majority of Princeton upperclassmen eat their meals. Each club occupies a large colonial style mansion on Prospect Avenue, one of the main roads that runs through the Princeton campus. The exception is the Terrace Club, which is just around the corner on Washington Road.