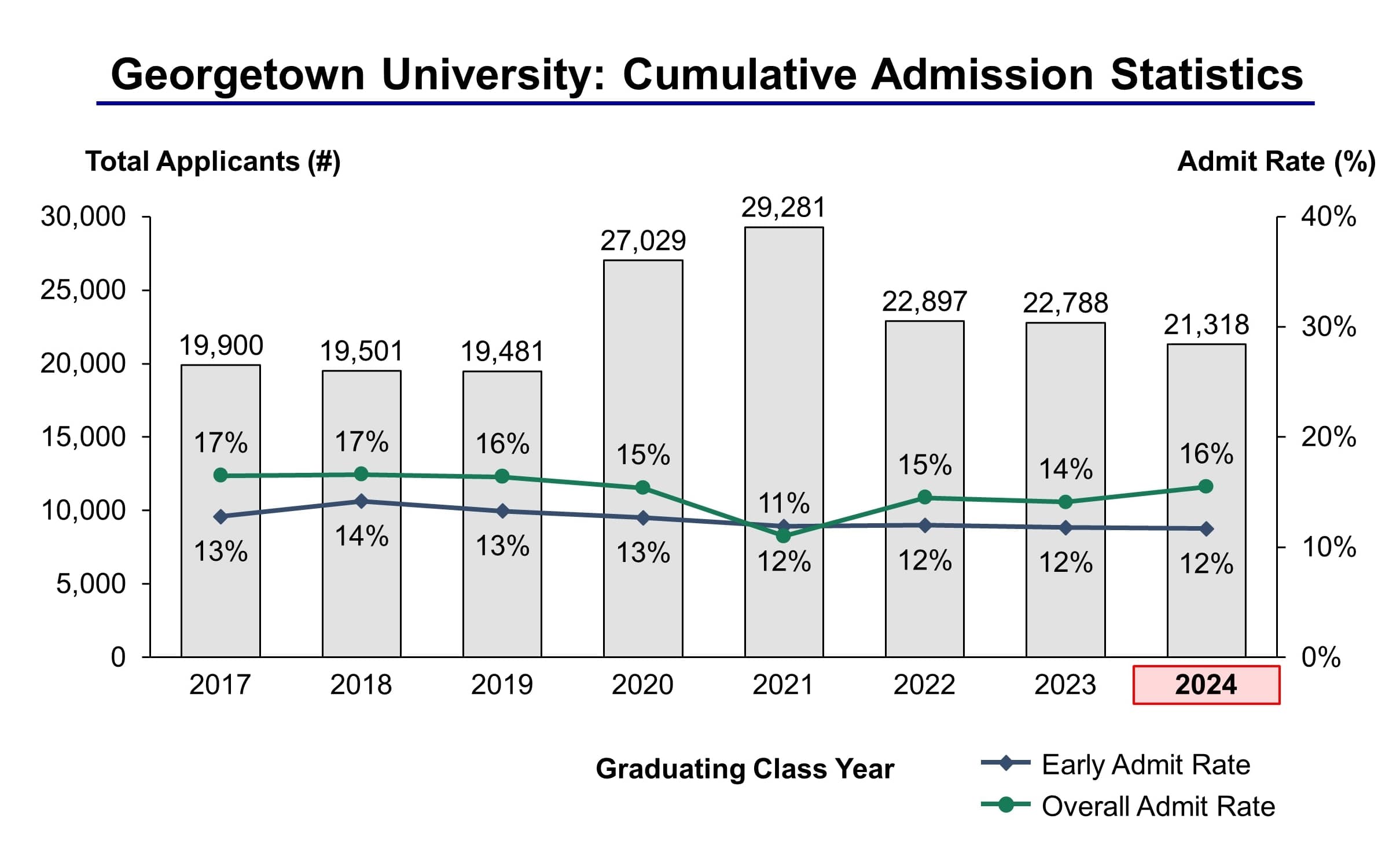 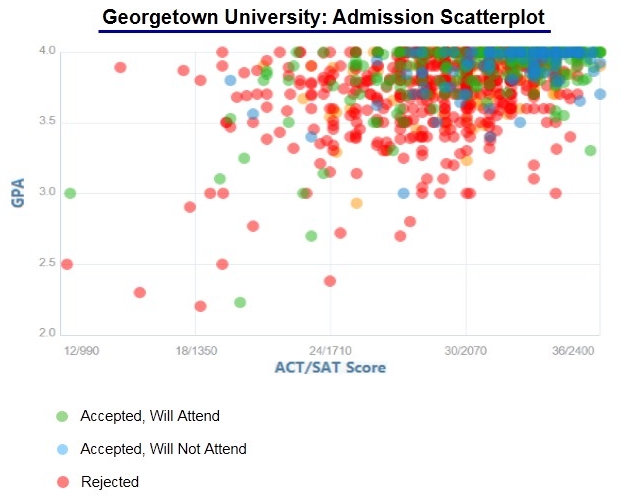 Established in 1789 by founder John Carroll, Georgetown is a private research university on a fifty-four building, 104-acre campus. Georgetown has four undergraduate schools, three graduate and professional schools and many specialized institutes that it uses to administer the approximate 180 academic programs it covers. Georgetown also has campuses in Italy, Turkey and Qatar, as well as a law campus on Capitol Hill.

Georgetown has long played a major role in producing international and domestic policy makers. The list of notable government officials is seemingly endless and worldwide. The list ranges from no fewer than the likes of seven presidents of various countries other than the Unites States, one U.S. President (Bill Clinton), and at least twenty-six U.S. heads of state. Also on the list of notable alumni are numerable royalty from many countries around the world.

Georgetown is made up of approximately 17,357 students annually; roughly 7,552 of which make up the university’s undergraduate population. Georgetown schools include Georgetown College, Robert E. McDonough School of Business, Edmund A. Walsh School of Foreign Service, Georgetown Law, Graduate School of Arts and Sciences, School of Medicine, School of Nursing and Health Studies, School of Continuing Studies, and the McCourt School of Public Policy.

Georgetown’s motto is Utraque Unum, meaning “both into one”. The blue and gray Hoyas cheer Hoya Saxa meaning “what rocks” as the mascot Jack the Bulldog does his part to stir up the crowd at any of the twenty-nine varsity team Division I intercollegiate athletics events of which Georgetown is a participant. Approximately 800 student-athletes compete in the various varsity sports programs at Georgetown.