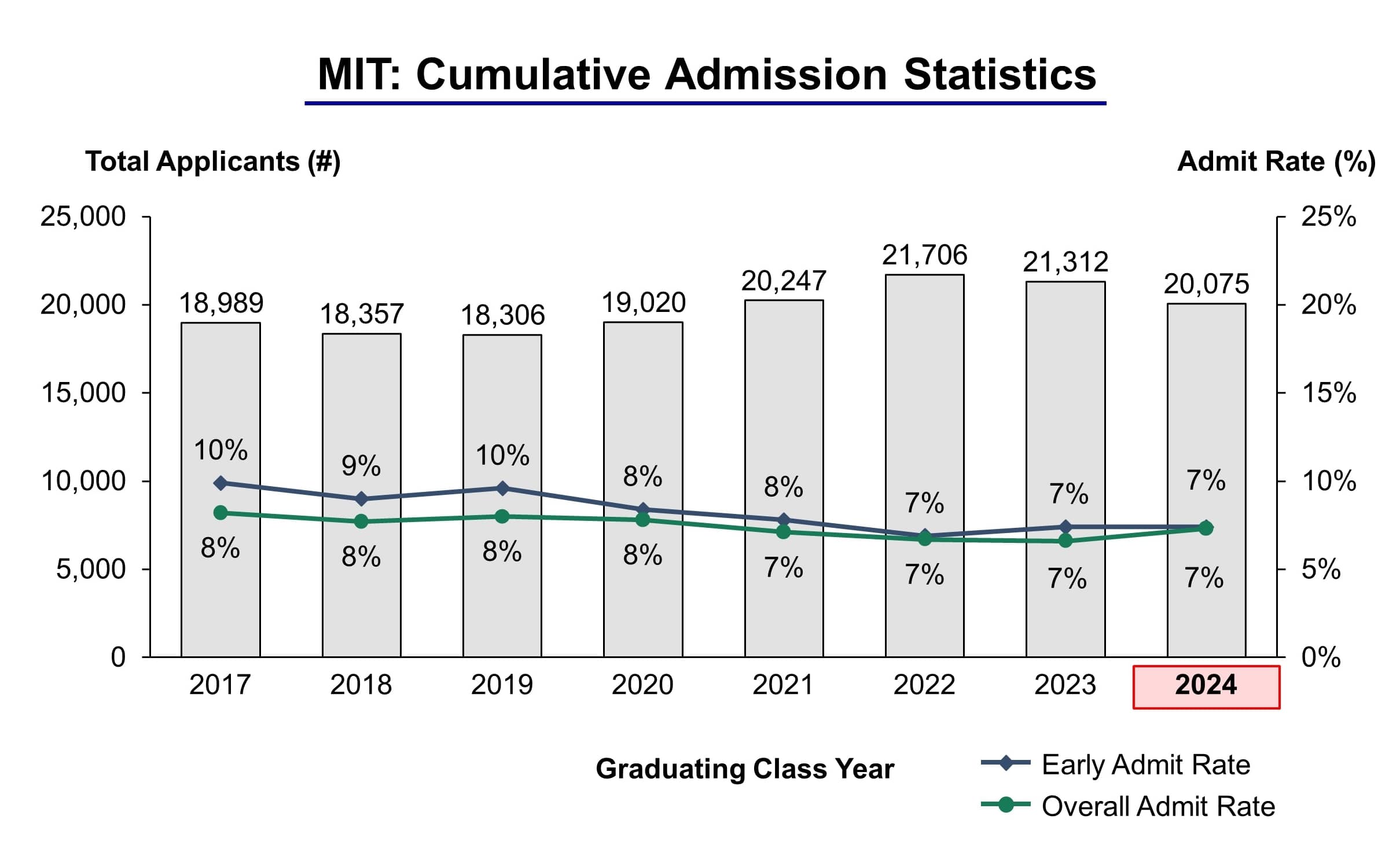 The Class of 2024 was the single most challenging year to be admitted to Massachusetts Institute of Technology ever. For the Class of 2024, 20,075 students applied to Massachusetts Institute of Technology of which 1,457 students were accepted, yielding an overall acceptance rate of 7.3%. Overall applications decreased by 5.8% over last year (2023 to 2024) from 21,312 to 20,075. 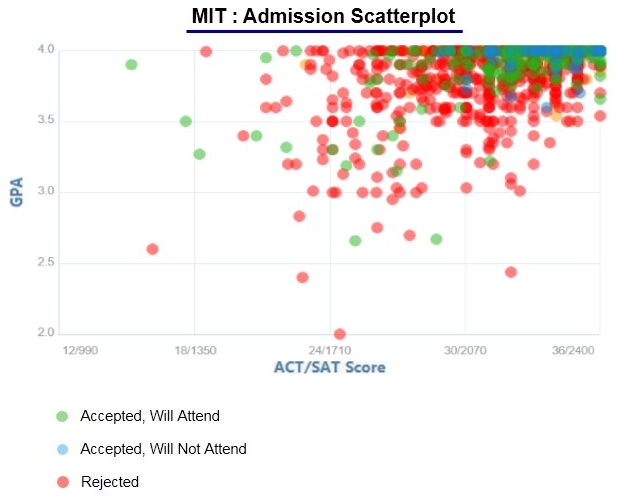 Incorporated by the Commonwealth of Massachusetts on April 10, 1861, MIT officially opened its doors in 1865, situated on 168 acres in Cambridge, MA. Ranked first in the World University rankings for 2014/15 and second in the University Subject rankings for 2014/15, when it comes to all things related to technology, the independent, coeducational, and privately endowed university is one of the most respected educational institutions in the world.

MIT was founded by William Barton Rogers (a distinguished natural scientist) on the premise that professional competence is best fostered by joining teaching & research, and by focusing attention on real-world problems. Since that time, the official mission of MIT has become to advance knowledge and to educate students in science, technology, and other areas of scholarship that will best serve the nation and the world.

There are 1,319 students who attend MIT’s five schools, which include the School of Science, MIT Sloan School of Management, School of Humanities, Arts, and Social Sciences, School of Engineering and the School of Architecture and Planning. Approximately 4,512 of the students are undergraduates.

Nearly all first-year students live in one of MIT’s residence halls. After the first year, students may then choose to remain on campus or to move into one of the thirty-six MIT-affiliated fraternities, sororities, and living groups.

MIT also has various award-winning extracurricular programs, from the arts to athletics and recreation programs. MIT also prides itself on computer hacking.